Weird and Unusual by Melanie W

This is a recount of a disturbing story I read online.  True or not and does it sound real? You decide!

A single mother is terrorized by her best friend since high school and forced to take his life!

He was so determined to fail and drag anyone down into his hell with him so I finally said no more. He may have given up and was ok with dying but I wasn’t.

He reminded me of a summer night over a decade before when I was angry with him and was leaving because he was so high. He was pulling weeds at midnight by the light of a lighter. 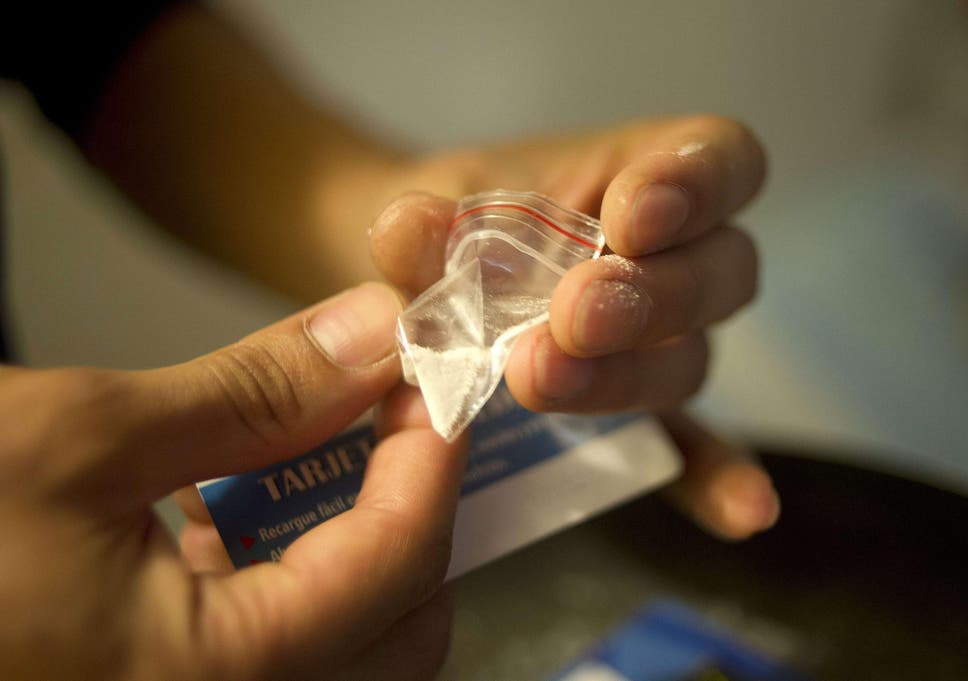 He chased me down and asked me if I’d ever give up on him? The teenager I knew from so long ago was shining through!

He was up to something and I loved him for it.  No matter who we ended up with, how many kids we had, how rich or poor we became, we’d NEVER GIVE UP ON EACH OTHER!

“Wtf do you mean? I have been there for you through all your downfalls, you irresponsible selfish shit! You’ve cost me relationships, friendships and thousands upon thousands of dollars and all I’ve ever asked is for you not to do heroin!

It’s ruined you! You aren’t you! I hate you! I can’t keep watching you kill yourself and hurt everyone that cares for you!”

He assessed me. I could see the wheels turning. He was very smart and charming. And he was effortlessly funny. But that night I wasn’t having it!

The decades of absolute nonsense had caught up with me. He wanted me to hold his hand. I wasn’t going to. He mumbled something about how he had never hurt me before, so why should I fear him now?

Then all of a sudden he was on me! Beating me, choking me, truly trying to hurt me. I couldn’t escape. I was terrified. I convinced him I wasn’t angry and that I wasn’t going to tell the police. 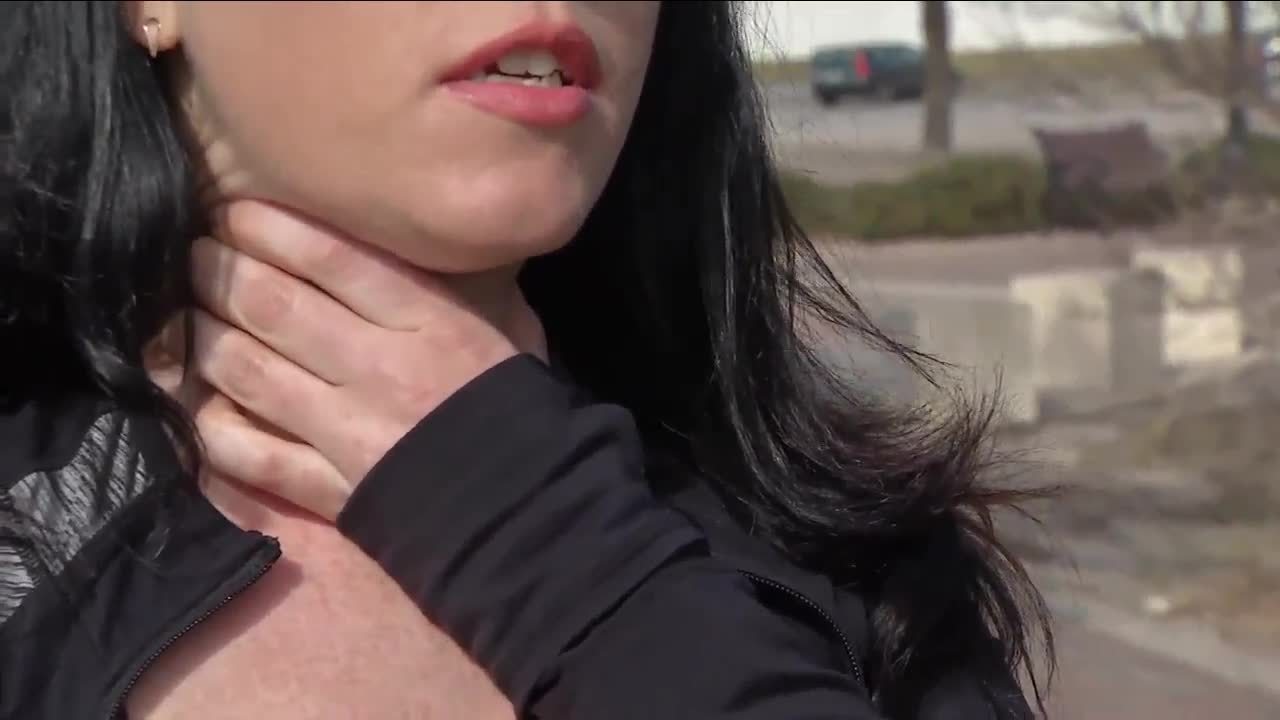 I just wanted to get away from him. Finally, I got my chance and I did!

A few days later he found me at a 711 where he grabbed me by my hair and dragged me to his car. He punched me repeatedly until I was compliant. He dared me to try and escape and he said he would run me over should I try.

He took me to the desert and pulled out a gun. He said he was going to kill me, himself and everyone would know it was because I was such a cunt.

I told him I loved him and that I didn’t care what happened to me, just so long as he promised not to hurt himself. I told him I’d shoot myself so they thought it was a suicide and he didn’t get in trouble. I hoped it would work and it did!

He gave me a hug and said he was sorry and he just needed me to fix him. I agreed and then we got into the car and as we drove back into town we came to a stoplight. I saw a police car so I got out and I ran.

They didn’t see me and turned the corner just as I felt something hit my head and all went dark. 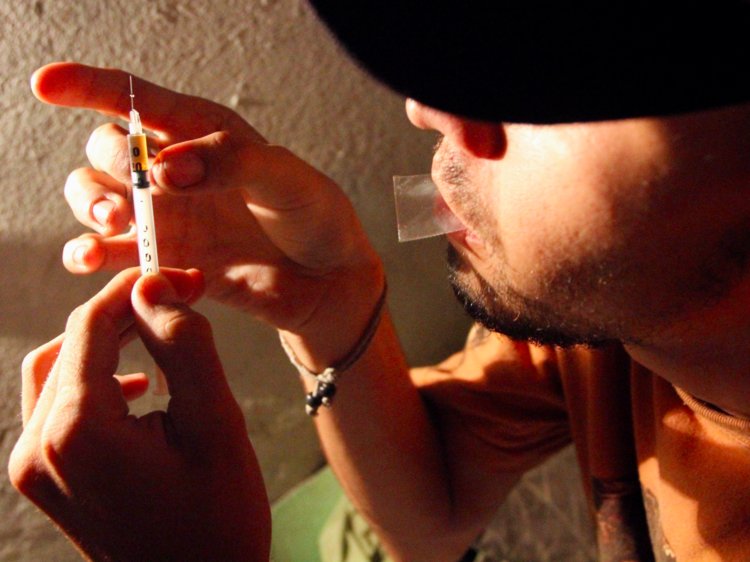 I woke up in a hotel room. I wasn’t sure where I was but I heard his voice. “I was starting to worry about you. You knock out really easy baby.”

He’s using Heroin on a couch. “Go take a shower and wipe all the blood off you. Leave your clothes here.”

I started to cry and he flipped out. He came over and slammed me on the bed. He bit me and hit me hard, warning me to be quiet.

No more stunts, he warned. You are not getting me caught!

I couldn’t escape and knew that I better get in the the shower before he made really made a mess of me!

I removed my clothes and getting under the water. It stung my wounds. I hurt all over. Seeing myself in the mirror, I looked like complete hell!

My face was swollen, hair was missing and bruises everywhere. I had lumps on my head, bite marks, cuts and blood pouring out from my nose and ear…

As I was examining myself, he walked in and told me I looked like shit!  “Why do I make him do this shit?”

He kept going on claiming that I belonged to him forever!

He took the towels away from me and told me to air dry and then come into the bedroom.

As he left, I frantically assessed the situation. The front door was right by the bathroom. However, I had no clothes or towels so I would have to run naked. I was pretty sure he was going to kill me so I went for it!

I sprinted into the hall, he chased me and grabbed me by my hair. I pulled so hard in my desperation to escape it ripped off my head!  It freaked him out and he ran in the other direction. I kept running and didn’t look back.

I ran until I found people who gave me a blanket and called the police. I told the deputies what happened and they asked the hotel to give me a room by the office so I would be safe and could rest.

How the hell was I going to rest there! They explained that I would be safe and they would catch him if he tried to return to the other room.

I didn’t even have a cell phone since he had smashed it, but I did have the hotel room phone. They assured me that security would be in the hallway on the lookout.

They said to contact them if I heard anything and to get some rest. They did not want me to going home to my empty house in the suburbs.

The hotel gave me the nicest suite they had above the lobby overlooking the pool.  I walked around and went outside on the balcony to see if I could see him in the courtyard. 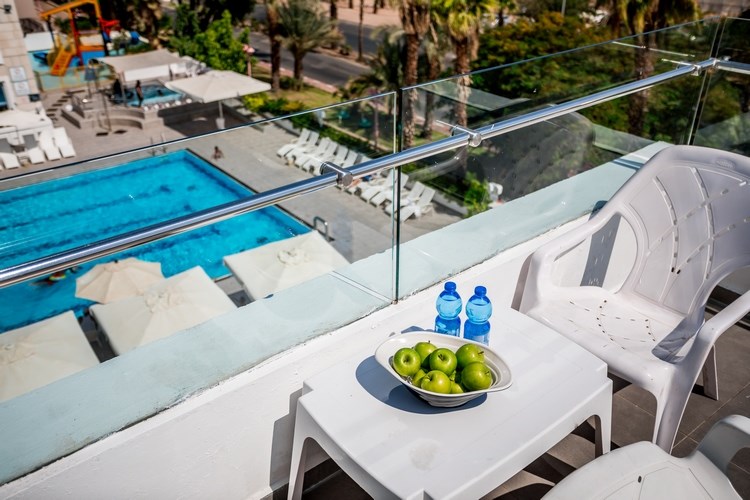 I saw nothing and felt some peace. I went to take a bath and calm down.

As I lay in the bath, I swore I heard the balcony door. Not happening! I’m on the second floor and the place is crawling with cops and security!

All of a sudden he is standing over me. Terror cannot describe the feeling that engulfed me!

I learned after, that he had been on the roof the whole time watching everything. He had seen me outside on the balcony and leaped down onto it from the roof. 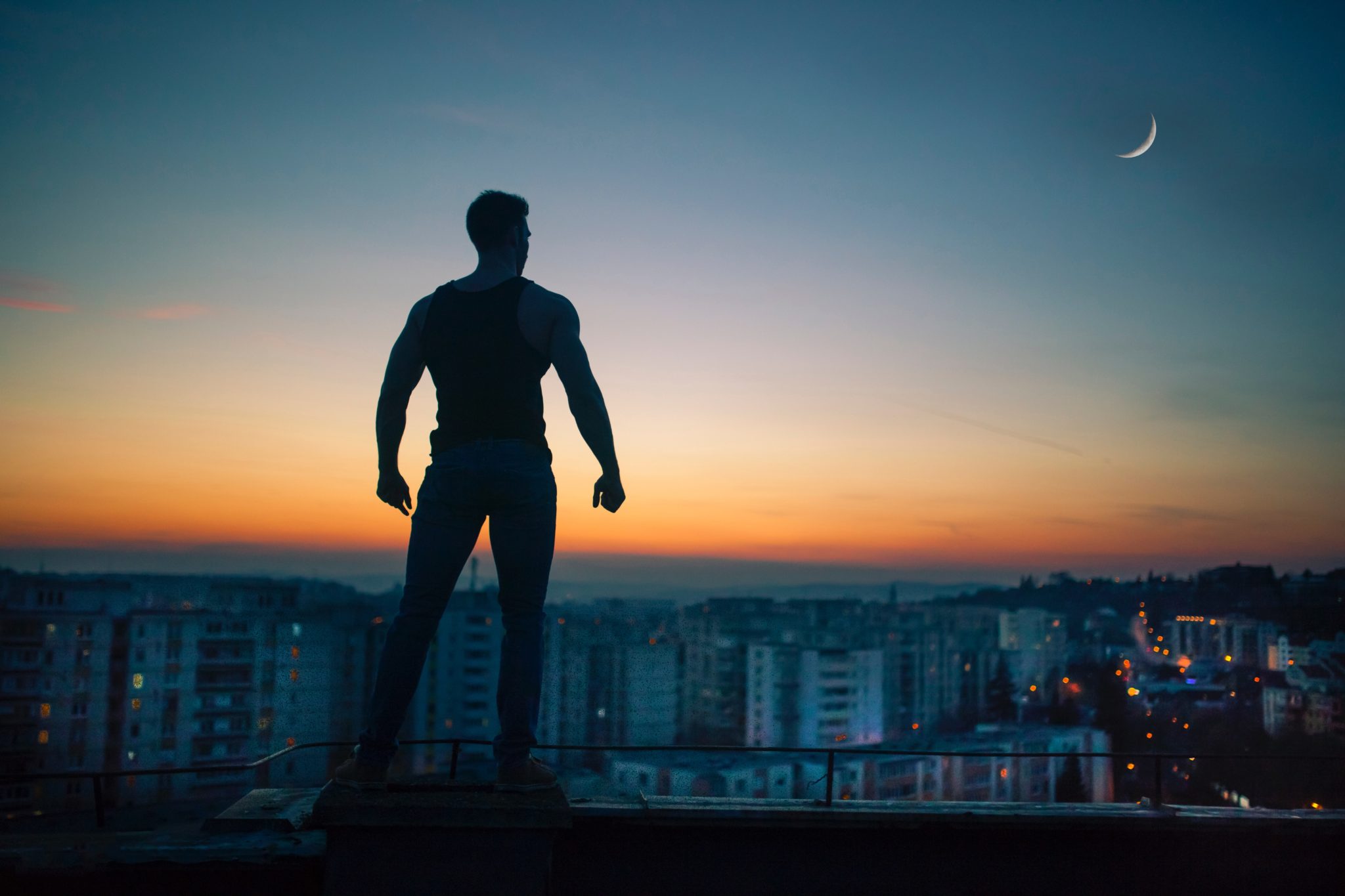 He didn’t do anything, he just stared at me. For the first time ever, I could not even read him. Finally, he said he wanted to hold my hand.  I obliged and he was happy. He asked why I could I not just do this in the first place?

I got out of the tub, he still had my hand firmly gripped.

In pain, I dried off and he helped since I only had one hand free. I was nervous he was going to try something sexual. Our friendship had always been platonic and I was married.

However, he didn’t go there.  It was like he didn’t even notice I was naked. Then we lay down as if nothing happened and just before he fell asleep, he told me that he loved me like no one he has ever loved and he would see me dead before he would ever let me go.

He trapped me in his arms and I was just too tired to fight anymore.  I fell asleep. I woke up free from his arms. I escaped as he slept.

Calling the police, I told them he was there but by the time they arrived, the room was empty.

I returned home. There was silence for a while and then he blew up my phone, calling and texting.

He came to my home, and again I called the police and again he evaded them.  He was driving a 10-year-old Trailblazer and they were in brand new Explorers.

A few days later I came home from taking the kids to school and he was back in my house.  I screamed “Leave me alone”!  He started smashing and throwing things.  I told him I would leave. He said go ahead but when I returned everything would be broken and burned! 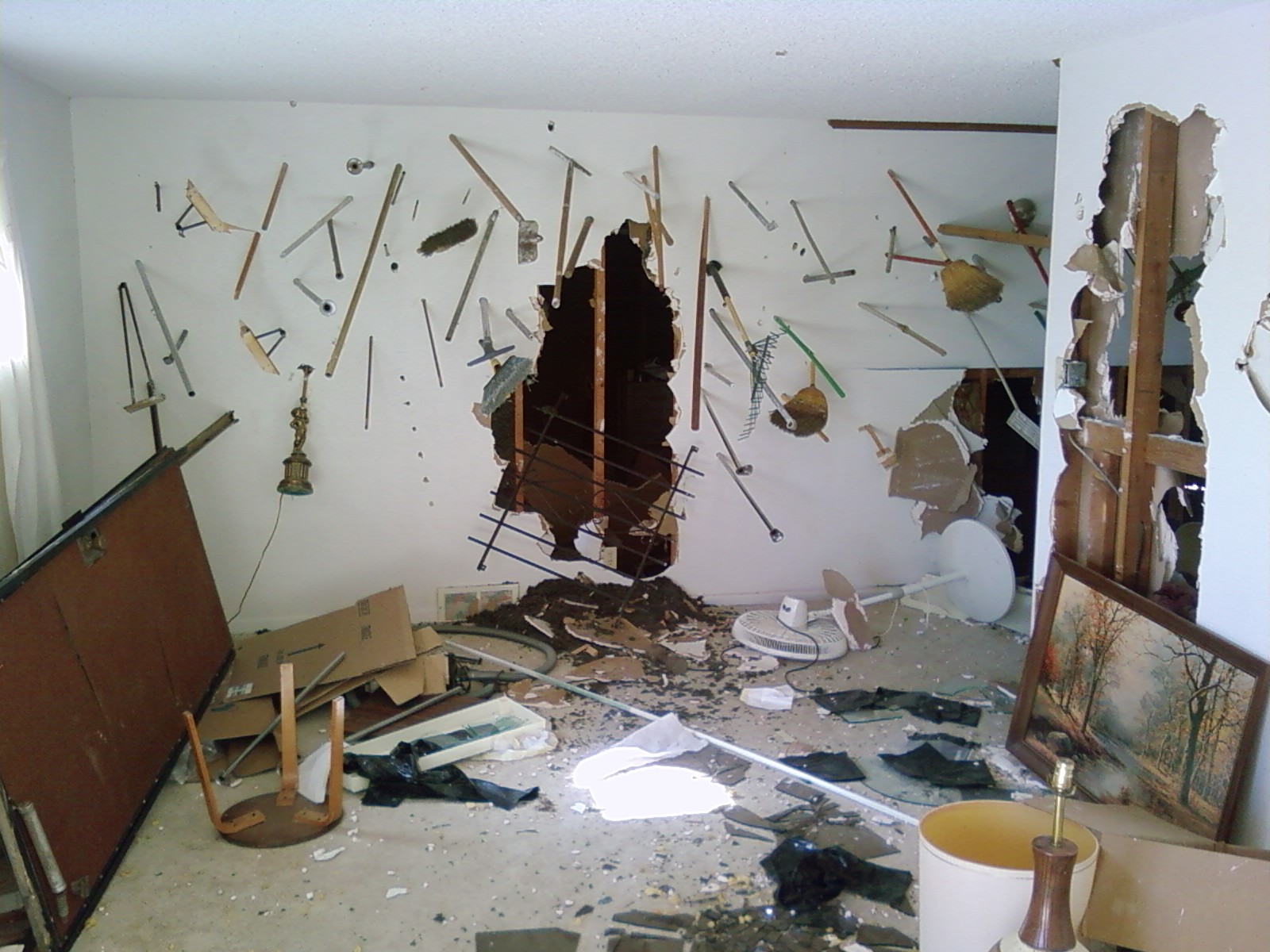 He finally went into my room,  I ran past the door to the living room where the shotgun was hidden. I grabbed it as he came out. He told me that if I pointed it at him, he was going beat me to death with it.

I pointed it at him and told him to just leave.  He ran at me and said “I’m going to shoot you with your own gun.”

He threw something down the hall that knocked down a picture. I told him I was calling the cops. He grabbed the phone and threw it.  I grabbed his phone, trying to call but he was after me.

I ran into the guest room and he thought I had gone into my room. I knew what I had to do.

I pulled the trigger. It blew a hole in his shoulder. He screamed and started running.

Calling 911, I screamed I needed an ambulance and that I had shot someone! They told me to put the gun in the safe and stay away from him.

I went back into the room and he was growling on the floor in a pool of blood. So much blood!

There was a knock at the door and the police arrived. He was still alive when they left in the ambulance but died a few minutes later.

I was questioned at the station and they decided it was most likely self-defense considering the evidence and history. 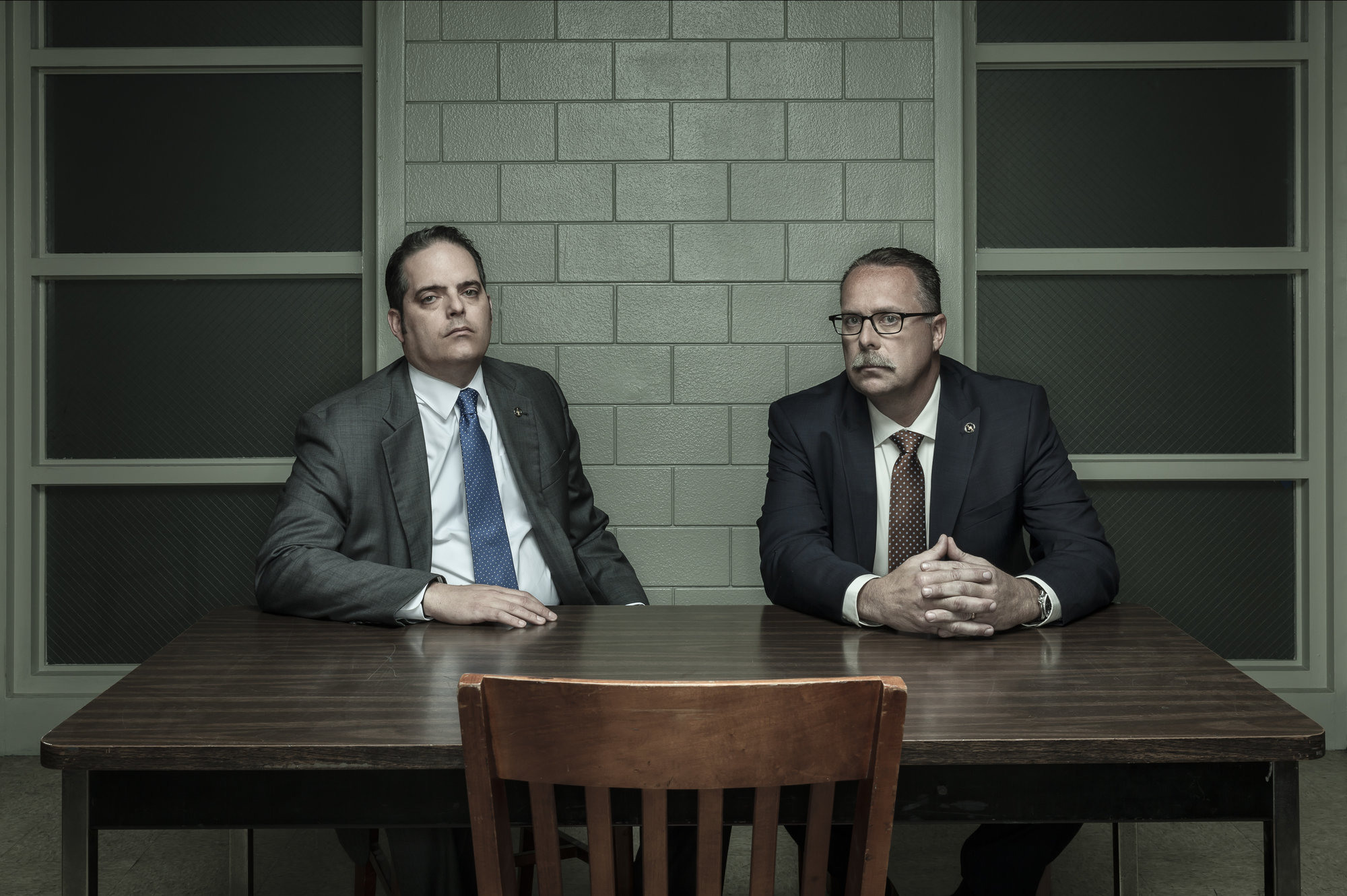 They dropped me off at my blood-soaked house that had been torn apart by investigators.  I stood there staring at the scene in shock.

I was just angry! So angry at his madness, that my kids were in CPS custody and my dogs were in the pound!

I was angry that I failed to fix him, at his friends and family for turning their back on him, at the fact that I was left as his only friend. I was even angry at his ex for being such a wishy-washy weirdo whack job!

I am no longer angry. I saw a therapist and talked to people that helped.  I truly wish I had saved him and he had not turned into the monster he did.

I didn’t know who he had become, he truly had been my best friend forever…. But then all of a sudden he wasn’t! I have little boys that need me. I couldn’t die and he just didn’t want to live anymore!

I had killed my best friend I had known since I was 18. Everyone had given up on him but I had tried to get him to come back from this path of self-destruction and insanity.

We had always had a special strange relationship that we kept between ourselves and understood one another on a level that I can’t explain.

This time I just couldn’t reach him …